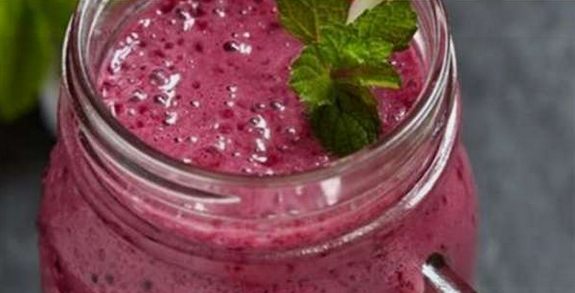 Inflammation is a silent killer that attacks the brain, heart and immune system. This delicious, nutritious smoothie with amazing anti-inflammatory properties, will turn off some of that inflation.

-honey, maple syrup or stevia (just a little to sweeten)

Let’s look at some of these healthy ingredients — you might want to include them in some of your other cooking.

Ginger is one we hear a lot about these days. The substance in ginger that helps with inflammation in particular is called gingerol — not hard to remember. By using ginger regularly, sufferers of osteoarthritis and rheumatism have reported a gradual lessening of pain symptoms, accompanied by better mobility of the arthritic body parts. Swelling goes down alongside these other effects.

Chia seeds are something that I don’t often hear about being used in recipes. But some are calling them a superfood. They have high levels of omega-3 fatty acids. These fatty acids help reduce inflammation by acting on your metabolism. They can reduce arthritis symptoms, but also may help with cancer and heart disease, according to medical research. (NOTE: a similar food is flaxseed, which you might want to get ground up. Walnuts also work).

Lets also consider dark leafy greens. Healthier than lettuce (although lettuce has got to be one of the most refreshing foods known), vegetables like spinach and kale have a lot of vitamins. They have antioxidants that help in the fight against inflammation. Among the vitamins you can get from eating kale and spinach are Vitamin E and magnesium.

Kale is said to be one of the healthiest foods you can eat, actually, and spinach has always been considered extremely potent– Popeye ate it when he needed strength. What is Kale so full of? It has significant amounts of around 20 vitamins. A cup of kale has about 10 times the amount of Vitamin K you need per day, and all the Vitamin A you need. It also has a lot of Vitamin C, and elements like copper and manganese, calcium.