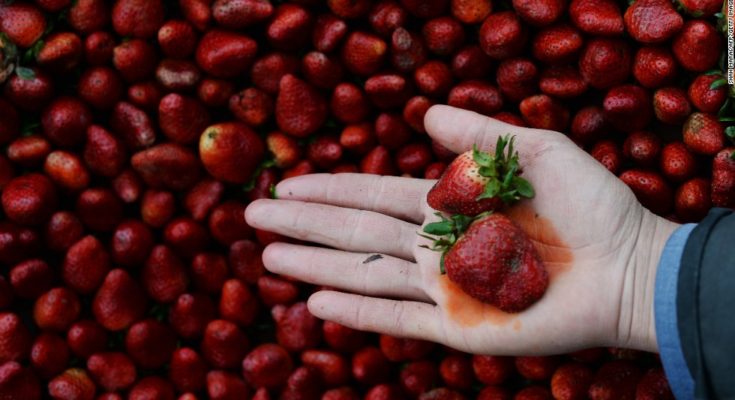 Even after they’re washed! Every year the Environmental Working Group does tests and publishes a list of the ‘dirtiest’ fruits and vegetables on the consumer market. For 4 years in a row, strawberries have been the dirtiest on their list.

That’s because even after you wash them, strawberries often retain pesticide residues. Surprisingly, they might contain a lot of different pesticides on the same fruit (the dirtiest one they tested had 23 separate types of pesticide residue). It should be noted, though, that the amounts of residue found are still below (almost always) the limits set by the EPA for consumption by people.

The EWG tested 40,900 samples for 47 different types of produce in their test this year.

Here are the other fruits and veggies you should watch out for: