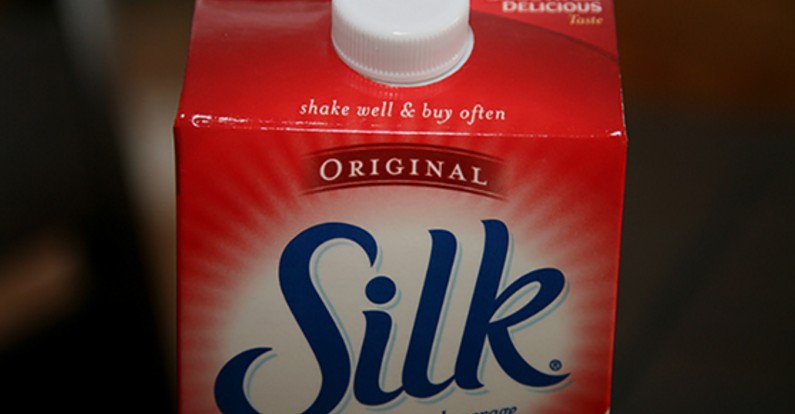 A couple of decades ago, there were articles written about the dangers of milk. Authors even went so far as to say that if we are not baby cows, there is no reason to drink cow’s milk. So a lot of consumers jumped on the soy milk bandwagon and switched from buying cow’s milk to various soy milk varieties. During this time period, soy itself became a controversial subject and here’s why. At one time, the legumes, we call soybeans were originally grown in Asian countries. However, now they are highly produced in the United States and some soy products are a part of the GMO controversy (genetically modified organism organism). Soy comes in many forms, such as edamame, the beans inside their pod that are best eaten steamed and then peeled, but soy also comes in meat replacement products like soy hotdogs, burgers, breakfast sausages and so on. The list is getting endless. Researchers began to see health problems that appeared to be generated by the use of soy products, including soy milk but are the allegations legitimate, and is soy milk the main cause of these health problems?

Besides the many allergies that are caused and contributed to by the consumption of soy milk, some researchers report the dangers of having thyroid issues and cancer, two very serious life-affecting health problems. According to new studies, the regular consumption of soy milk may cause the body difficulty in being able to absorb thyroid medications, which is quite dangerous for those who have thyroid health issues and depend upon prescription medications. The results of one thyroid study came from the American Thyroid Association. Apparently the consumption of soy milk lessens the amount of iodine in the body which is one of the reasons people have thyroid troubles. The argument around this problem however, comes from the University of Maryland Medical Center who states that Americans, at least, contain iodine in their salt intake, which balances out the amount of iodine that has been lessened by soy milk consumption .

There is major controversy over the role soy milk consumption and the risk of getting thyroid cancer. There was another study conducted by Pamela Horn-Ross from the Northern California Cancer Center. The study was conducted in 2001. The study included the intake of soy milk and soy food products combined. The study’s results showed that the soy actually acted as protective force against thyroid cancer. Horn-Ross concluded that the consumption of soy actually decreased a person’s risk of getting thyroid cancer. Horn-Ross’s theory is also supported by other studies that showed that soy actually does decrease the risks of breast and prostate cancers as well. The studies combined, show that there are more likely other causes of these cancers, such as exposure to radiation.

As far as B12 and Vitamin D deficiency, the online magazine The Inside Tracker, says that living on any lactose-free diet is a way to become B12 and Vitamin D deficient. Not only lactose-free foods affect the body’s calcium levels but if one is going to skip dairy products for items such as soy milk, it would be a healthy choice to take supplements for B12 and Vitamin D, since you will be missing out on these key vitamins and minerals. However, most sources, including The Inside Tracker, never confirm that soy milk consumption is the only that trigger of these health issues, and eating yogurt should satisfy some of the body’s requirement for Vitamin D. The majority of research and studies on this subject disagree with the soy milk naysayers, and cannot confirm soy milk’s sole part in thyroid, prostate, or breast cancer. As a matter of fact, the publication MDanderson.org clearly states in its article titled, ‘Do Soy Foods Increase Cancer Risk‘, that, quote,”The current research does not support avoiding whole soy foods, even for cancer patients or survivors”.

Combining most of the cancer studies to date, the focus should be on eating a variety of good foods and living an overall healthy lifestyle. Consumers have varying levels of health problems and they all should take this into consideration when it comes to adding or subtracting certain foods from your diet. Research can offer us a few good facts, but visiting your own physician and asking him or her what may be best for your specific health, particularly if you are on medication, what the most practical eating plan for you.