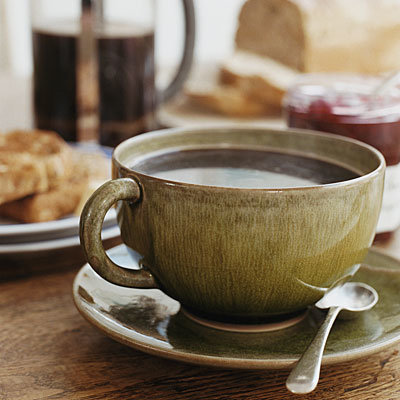 Enjoying an occasional cup of coffee, or an espresso after dinner, is one thing, but when you find that neither you, nor your brain can wake up without it, you may be developing a habit that will take over your mornings. For many people, waking up without coffee is a nightmare because they have become psychologically and physically addicted.

Nature combined with a change of daily habits has provided some natural ways to take away the craving for coffee and though these ideas don’t work for everyone, they certainly don’t exacerbate the issue.

Here are a few ways you can try to successfully break the coffee habit:

Try cutting down first – Just as most smokers know that it’s very difficult to go, what they term, “cold turkey”, coffee drinkers feel the same way about just quitting altogether. This means simply using your will power to quit and most coffee drinkers don’t have the will power necessary to succeed. Cutting down on the amount of coffee you drink each day is a great start. Continue to cut down until the cravings for coffee begin to decrease.

Substitute your morning coffee with another drink – Smoothies, purchased or homemade, is a good choice for a morning drink that is full of vegetables, fruit, and protein. Smoothies can also double as a wake-up drink and a quick healthy breakfast on-the-go. Then there is tea, the obvious go-to morning drink used as a coffee substitute. Try green teas because they have a little natural caffeine in them but nothing comparable to coffee.

Calamus– Calamus is a supplement you can purchase online or in a well-stocked health store. What Calamus does is addresses the cravings that makes us drink coffee habitually. In other words, it provides naturally what habitual coffee drinkers say they get from that morning cup of Joe. A huge amount of people find habits, such as drinking multiple cups of coffee, calming. Getting up, turning the coffee maker on, checking out the news and grabbing a bagel. It’s much like a ritual. Calamus is known to ease anxiety but also acts as a mild stimulant, so that coffee drinkers can be less anxious about giving it up, but still feel as though they are a bit more energetic than they were when they awakened.

Red Ginseng – Though red ginseng can help to take away the coffee craving for some smokers, while also addressing the withdrawal symptoms, it is basically an adaptogenetic. This fancy term means that scientists really have no idea why it works. This fact doesn’t concern scientists. Red ginseng appears to simply adapt to whatever the body needs. Certain former coffee drinkers have reported that red ginseng even gives them more energy than coffee.

Whichever way you decide to try breaking the coffee habit, remember that if nothing works, at least try to drink less coffee. If that nagging headache occurs from withdrawal symptoms, take your favorite headache remedy and move forward into the day. Eventually you will begin to feel more balanced without the coffee.