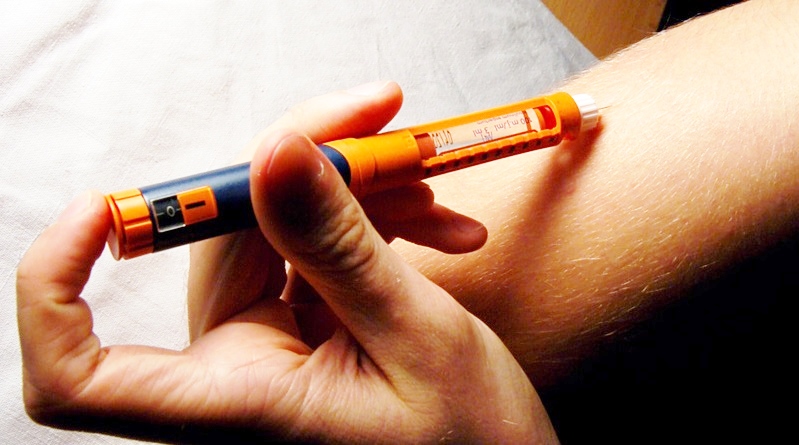 Gladstone Institute and University of California scientists are creating a replacement for diabetics’ skin jabs. The new treatment uses a diabetic’s skin cells to “reboot” the pancreas

Diabetics may be relieved from the daily chore of jabbing their skin with insulin injectors when researchers at Gladstone Institute and University of California complete the development of a new type of diabetes treatment.

“Our results demonstrate for the first time that human adult skin cells can be used to efficiently and rapidly generate functional pancreatic cells that behave similar to human beta cells,” said Researcher Dr Matthias Hebro of the work.

The treatment is considered to be more natural than the needle injectors currently common, and may reduce diabetes complications such as heart attacks, strokes, blindness, circulatory damage and nerve damage.

The scientist have already used the technique to turn skin cells into fully functional pancreatic cells — the same types of cells needed by diabetics.

They have succeeded in converting human skin cells, but have tested it on mice only so far.

The mouse tests went well: the animals were kept from developing diabetes by the procedure.

“The results of this particular early-stage laboratory study, which has been carried out in mice, are very promising and we look forward to future investigations testing whether this method could be reproduced in humans, and ultimately developed as a treatment for diabetes,” commented Anna Morris of Diabetes UK. “It’s very exciting that research in this area is moving forward.”

How the process would work for humans is a sliver of skin from a person’s arm would be taken to a laboratory where it would be used to make trillions of healthy pancreatic beta cells.

“We can generate virtually unlimited numbers of patient-matched insulin-producing beta cells,” commented another researcher on the work, Dr Sheng Ding.

Another procedure would follow, in which the perfectly matched healthy cells would be put back into the person’s body, replacing the pancreatic cells damaged by diabetes.

Although the treatment is aimed primarily at Type 1 Diabetes, it will also be useful in some cases of Type 2, according to the researchers.