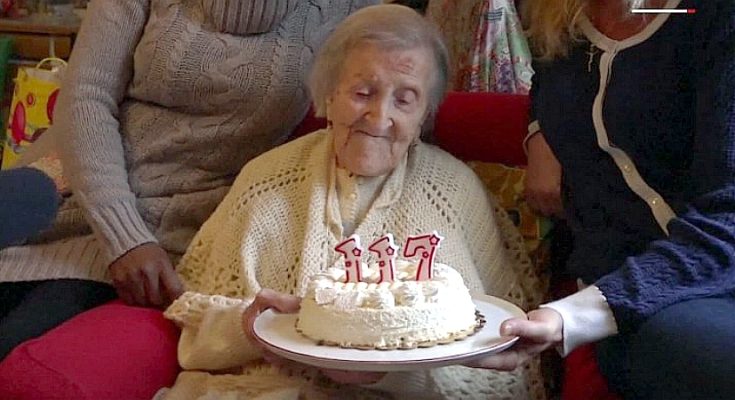 Emma Morano of Piedmont, Italy, is now the oldest woman in the world. At age 117, she is officially the only person on the planet that has lived to see three centuries. Though longevity seems to run in Emma’s family, the 117 year-old grand dame credits most of her healthy living to raw eggs.

Yes, it was after World War I, that Emma was introduced to this eccentric diet that she credits for her long healthy life. At that time, Emma was a teenager and anemic. To combat her anemia, Emma saw a doctor who suggested that she eat two raw eggs a day. Since that doctor’s visit and his peculiar suggestion, Emma has not strayed from her daily diet of two raw eggs, one cooked egg, some minced meat and pasta. For over 90 years this has been Emma’s daily consumption of food.

Here are just a few examples:

Of course, these are the pros of eating raw eggs vs. cooked eggs, but the major con is the risk of contamination, which most people are aware of; salmonella. Emma obviously beat the odds when it comes to her experience with the pros and cons of eating raw eggs daily. As she has gotten older, the 117 year-old says she has now cut her diet down to two raw eggs and a few cookies.

So what about Emma’s health these days, since longevity does already give her a head start?

CNN reports that Emma’s doctor, Dr. Carlo Bava, says that her cholesterol and glucose numbers are perfect. The doctor states that overall, Emma’s health is good and so is the functioning of her mind. However, Dr. Bava also says that the fact that Emma has lacked such variety in her diet, is proof that her genetics play the largest role in her longevity.

Though raw eggs and a few other peculiar foods have a couple of health benefits, it doesn’t mean that eating them exclusively every day is going to get you where Emma is, at 117 years of age, but you may have a good chance of reaching that age by including a wide variety of fresh, colorful foods in your diet.