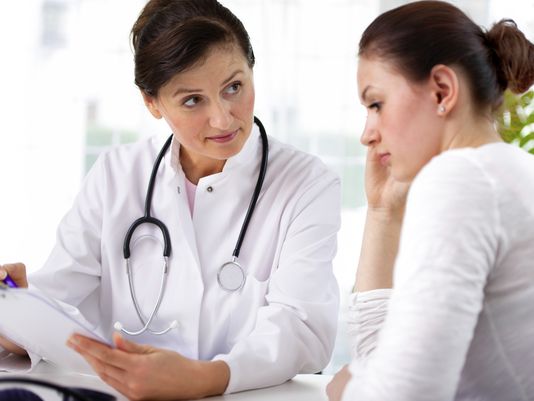 If we are fortunate enough to have medical care, our lead physician is called our primary care doctor. All tests, x-rays, and other healthcare suggestions come from the primary doctor’s requests. Therefore if you are in need of specialized care, the orders come from the PCP (Primary Care Physician). We offer a lot of trust to our PCP to understand our health conditions and direct us to the correct specialist. Usually, our mental health does come into play, when doctor’s are in the process of diagnosis.

Mental illness of all kinds go untreated every day. Large percentages of the homeless population are those, who for one reason or another, never had the opportunity to be diagnosed or were diagnosed and refused to take medication. Either way, there are millions of people in Canada and the U.S. alone that suffer from a mental illness at some point in their lives. The rising number comes to almost 60 million, the majority within the States. One would think that screening for mental illness would be the norm, but in many places, this screening is non-existent.

Earlier this year, USA Today reported that the U.S. Preventative Services Task Force suggested to the federal government in 2009 that any patient who appeared to have symptoms of depression, should be fully screened for the condition, but only when the medical facility had the means and staff to treat those patients. Because medical facilities now have more associated centers that treat mental illness, that limitation is no longer valid. If a patient has medical insurance coverage, physical and mental illnesses are treated equally.

The change has come about due to necessity. Depression, in particular, varies greatly in symptoms and triggers. It is vital to a patient’s overall health to be screened, analyzed if necessary, and diagnosed correctly. There will be patients whose short-term and long-term depression was triggered by loss and grief, while others suffer from a clinical depression, which normally means that they live in a state of numbness not due to any particular reason, but instead because of the biological wiring of their brains. These two types of depression would need to be treated differently. Of course, there are other forms of mental illness, such as anxiety and schizophrenia, though various levels of depression seem to be most common of all the mental health issues.

One of the main reasons the task force is focused on depression is because of the shear numbers of patients that could be made well, if screened and diagnosed and not just given medications for the physical symptoms that depression can uncover. The assumption is that if the depression itself were treated, there would be many medications the patient wouldn’t need and there would be a long-lasting form of healthcare instead of the continuous administering of prescription drugs.

The task force has discovered through its research on depression patients that there are certain people who should be targeted for screening; mothers, new mothers, and elders. The jury is still out on whether the right groups were targeted, and if they were, are the correct diagnoses being made. Especially when it comes to pregnant women and new mothers. There is the concern for which medications are even allowed, when it comes to the treatment of new mothers and particular babies still in utero. Like any new medical system put in place, there will be kinks that need to ironed out before it all runs smoothly. Even with the many kinks in this system, it is still better than before when depression symptoms were basically ignored.