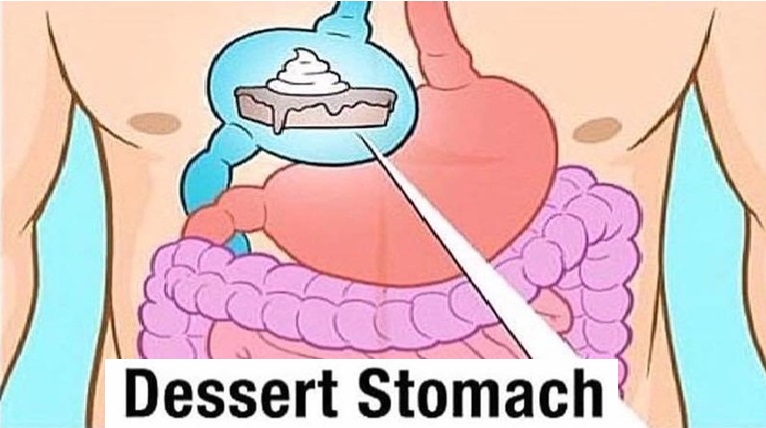 A second stomach has been found in the body by researchers working over the holidays.

Researchers around the globe are hailing a new discovery this week: the body, once thought to have only one stomach, actually has two, particularly during holiday seasons.

Researchers are not the only ones celebrating the news. Laymen everywhere, before plagued with guilt about what they had thought was overeating, are now relieved to know that their second, third, and fourth helpings of dinner and desert are actually a normal response to an empty second stomach, which is most active during Thanksgiving and Christmas.

Many things are still not fully explained with regards to the new organ. Among these is its actual location. Sometimes it seems to lie near the regular stomach, filling up and causing a deformation of the stomach area. But, according to the researchers, it is actually possible to push the desert stomach down in the body. They noted several subjects pushing the desert stomach down into their leg, which they referred to as seeming “hallow” before shifting the stomach.

The researchers modestly downplayed their achievement:

“We, like all scientists, stand on the shoulders of giants. Our work would not have been possible without the work of eminent scientists of the past … those who discovered stomach number one.

“Also, this could not have been achieved … I stress, could not … without the work of home cooks everywhere, who provided the material needed for our research. A great thanks to them.”