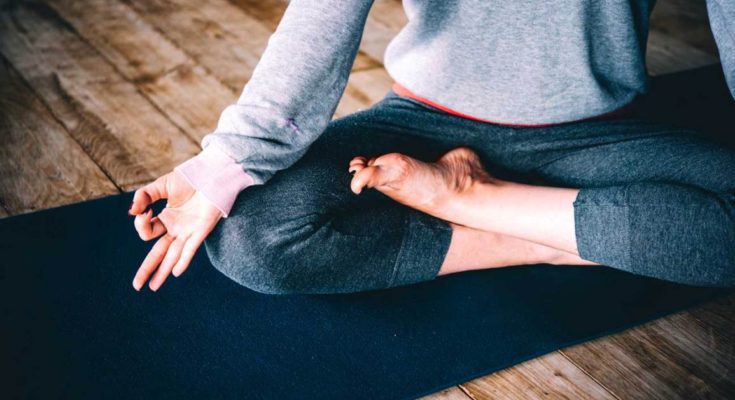 The Perelman School of Medicine at the University of Pennsylvania performed a study on patients living with depression. The participants were diagnosed with severe depression and were not responding positively to medication. The main part of the study asked patients to perform a type of yoga called Sudarshan Kriya, yoga of the breath. This very specific yoga practice of breathing a certain way for a specific amount of time, helped to alleviate various levels of depression, most importantly, severe depression.

Sudarshan Kriya consists of doing a series of sequential and rhythmic breathing. The participants alternate between slow, calm breaths, to quick, stimulating breaths. This yogic breathing process puts practitioners into a deep, calm, restful state of mind. The study was first published in the Journal of Clinical Psychiatry. The positive outcome was always a theory until the results showed that depression patients, researchers, and physicians, saw a very noticeable change in how the patients responded.

In the United States alone, approximately 41 million people have been diagnosed with severe depression and over half of those patients do not fully respond to medication. Some of these patients are sent to therapy as an extra course of treatment, but unfortunately, the therapy in many cases does little to help and instead causes many patients to stop taking their medication which only prolongs the periods of depression.

Sudarshan Kriya yoga came on to the scene because doctors were looking for some other effective alternative for the millions of patients that had very little to no reaction to medication or added therapy sessions. This meditation technique can be practiced at home or in a group setting. Sudarshan Kriya is considered an active meditation which is much simpler for beginners because it gives them something to do, unlike silent meditation practices.

The positive results of practicing Sudarshan Kriya has prompted doctors to research the possibility of using this form of breathing yoga as an add-on to medication; an alternative to traditional therapy. The next step in this progressive path is to conduct the same studies on larger groups of patients, and if the outcome is just as positive, the consideration of adding Kriya yoga to a depression patient’s list of treatments, will be taken more seriously by the medical and psychiatric community.