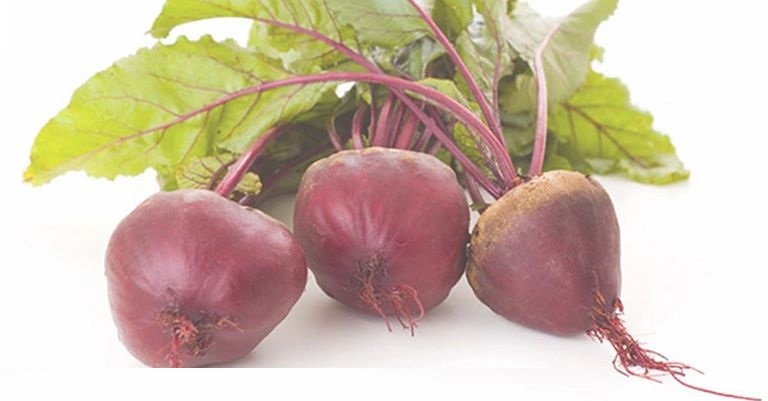 Beets; a word most children don’t like to hear. However within the past couple of decades beets have come a long way in taste and the variety of ways they can be prepared. We are now seeing fresh beets in neighborhood supermarkets in brilliant colors of deep burgundy and gold. Beets are all over the foodie magazines and making star appearances on the Food Network. Beets are showing everyone that yes we have had it going on all the time, and we are not going to be ignored anymore.

But what is it about beets that we should know that would cause us to want to make friends with these root-like, bulbous looking, vegetables that turn everything else on the plate red?

Beets are filled with tons of great stuff for the body; vitamins A, B, and C, plus beta-carotene and folic acid, just to name a few. The vitamins and minerals alone are enough to add beets into our weekly meal plans, but beets, canned and fresh, offer up some super health benefits, some of these benefits completely unknown by most people. You may then ask, is there a major difference in the nutritional and health benefits of canned beets vs. fresh beets, and why would I choose one over the other? And that would be a great question. Let’s explore the benefits of both and find out if there is a nutritional winner in the battle of the beets.

Low- Calorie: Beets are low-calorie in general, but canned beets are also quick to prepare in low-calorie meals. You can open a can and pour them out into your favorite salad, or toss them into some warm olive oil and balsamic vinegar for a super fast and tasty side-dish.

You will eat more beets: It is much easier at the end of the day to open a can or jar of beets for dinner. Most canned beets are already seasoned and flavored so they can be enjoyed cold, at room temperature, or quickly warmed up for a simple and healthy meal.

More appealing to children: Since canned beets are usually already sliced and ready to eat, children find them more appealing than the fresh beet which arrives at home with a huge stalk on one end and a large bulb of uncooked beet at the other.  Canned beets can go with your kids to school for a nutritious lunch in a plastic baggie or thermos for simple eating.

Less waste: Often when we purchase fresh beets, the stalk of the vegetable goes to waste. Many cooks aren’t sure what to do with it or even if it’s edible, so it withers away inside the fridge until it’s thrown out. This is not a problem with canned beets. They have almost the same nutritional value as fresh beets minus the stalk and can be stored on the cabinet shelves until they’re opened.

Considered a Superfood: The entire beet, which nutritionist call the beetroot is considered a superfood. This answers the question, is the entire fresh beet, stalk and all, edible. The answer would be yes and it is also packed with numerous vitamins and minerals.

Helps digestion and regularity: The beetroot can be enjoyed raw in coleslaw, salads, and also in vegan raw meals. The high fiber content, leaves and all, helps to regulate the digestive system, which is found to be a major problem that can trigger other health issues.

Enhanced athletic performance: Whether you’re a professional athlete or would simply like to move better and easier in your everyday activities, the fresh beetroot, bulb and stalk, can be chopped up and put into your favorite smoothie recipe for added muscle-oxygenation. This added oxygen may be able to assist athletes in performing longer and harder, and helps those dealing with health issues such as, cardiovascular and respiratory problems perform better during normal daily activity.

Higher iron intake: The beet stalk or beet greens as some call it, are filled with iron and can help to supplement the iron intake of those who are deficient. The beet greens are also packed with carotenoids lutein and betacarotene, though not as much collard greens, but enough to make a nutritional impact on your health. The beet greens can also be added to other greens, such as kale, collards, spinach, and mustard greens which makes them highly versatile and able to be incorporated into more meals than canned beets.

Though canned beets and fresh beets contain approximately the same amounts of vitamins and minerals  and both are a great choice to add to your diet, you can see that you must choose what will work best for your family if you’re going to benefit from all that beets have to offer. Just a little side note as well, fresh beets can take a long time to cook, but are quite delicious when peeled and roasted with garlic and olive oil. They are also less likely to dye the rest of the food on the plate. If it suits you and/or your family, try a bit of both fresh and canned beets depending on how you want to serve them and over time, as with any vegetable filled with this much healthy goodness, you will begin to see the results of adding beets to your overall health plan.