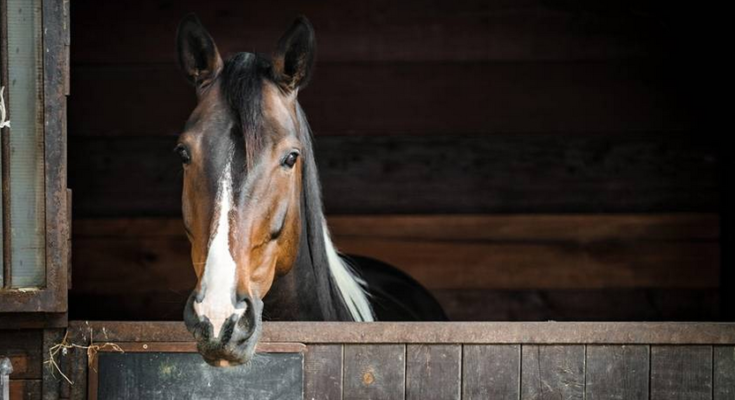 The power of horses.

While horses have been used as companions and therapeutic animals for some time now, a recent study has found that time with horses helps to drastically reduce the symptoms and effects of Post-Traumatic Stress Disorder.

Most people would assume that the majority of those diagnosed with PTSD are military veterans, but PTSD can affect anyone who has undergone severe trauma. Over 20 million veterans suffer from PTSD, however, making them the largest documented group that deals with PTSD on a daily basis. Behavior therapy and counseling are two of the most prescribed treatments, but the new study done by Dr. Rebecca Johnson of the University of Missouri (Columbia College of Veterinary Medicine) indicates that therapeutic horseback riding (called THR for short) can lower PTSD scores by almost 90%.

THR consists of not only horseback riding, but bonding with the horse through other means, such as grooming. Veterans were given six weeks to learn about how to take care of their companions as well as how to ride. Each class was an hour long, and after three weeks, veterans re-took their PTSD assessments and found on average that their scores dropped by over half. They were re-assessed after six weeks, with many finding their scores almost disappearing.

One of the most interesting things about the study was that all the veterans who participated had been suffering from PTSD for decades – many of them, in fact, since the Vietnam War. If this much good can be done for those who have been suffering for long periods of time, this alternative therapy could limit or even eradicate PTSD symptoms altogether.