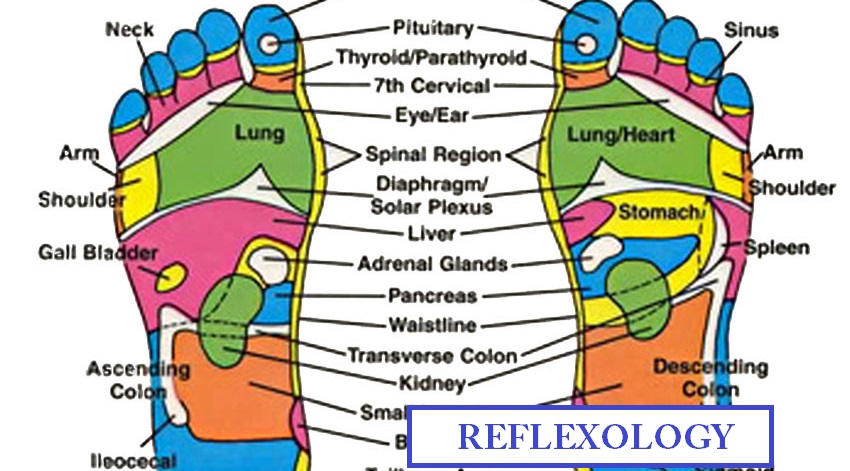 What is reflexology and how does it work?

The body is connected by nerves, and reflexology seeks to best affect the body by manipulating nerves in particularly areas, thought to be connected in a way that can be understood by looking at the images here.

Reflexologists manipulate the parts of the feet (or hands or ears) that correspond to the part of the body they want to effect. They seek to treat body maladies in this way.

Reflexology is an old practice, dating back to the Chinese and Egyptians, two of the earliest civilizations we have historical evidence of. Most modern reflexologists practice a form of reflexology pioneered by American Eunice Ingham.

Reflexologists don’t claim to be able to do everything and cure everything with their practice, but numerous health issues have seen beneficial results after those suffering received reflexology treatments. Top complaints that reflexology is sought for include: migraine, sinus problems, hormonal imbalances, breathing disorders, digestive problems, circulatory problems, back problems, tension and stress.

A further benefit of reflexology is that unlike much medicine and treatments like surgery, there aren’t usually negative side effects from the treatment.