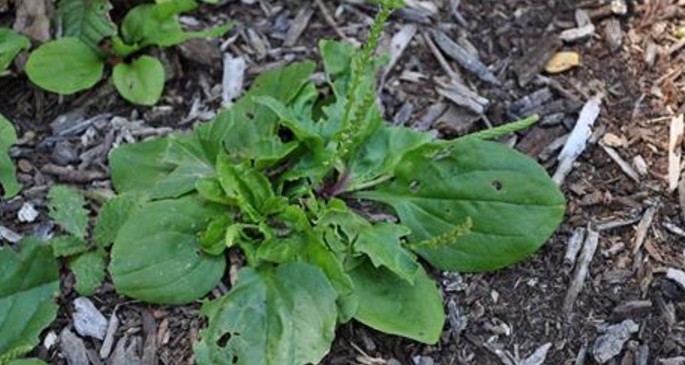 Particularly, if you live near the mountains or forests, you will see all kinds of plants and weeds around. Much of this plant life is medicinal, but you should educate yourself on which ones to forage and which ones to leave alone. There was an award-winning movie some years ago, titled, Into the Wild. It was the true story of a young man on a journey across the country who died from eating the wrong weeds. The weeds were similar in appearance, but had totally different affects on the body; one was for nourishment, the other shut down your entire digestive system.

So foraging for medicinal weeds is not for the novice.

Having shared that story, the Plantain weed is also a very common looking weed that grows in many different areas and some people are touting it as the “miracle weed”. Let’s talk about the claims of this miracle weed and discover if there is any real proof about its health benefits.

Research tells us that the Native Americans used Plantain weed for just about every illness under the sun; snake bites, fevers, and all manner of wounds. There are two types of this miracle weed, Plantago Major, which has wide broad leaves like a small cabbage, while Plantago lanceolata has very narrow leaves, more like spinach. Both types are said to have the exact same healing properties, but the Plantago Major is more valued by herbalists because the leaves are more tender, therefore more edible as well.

An important thing to note, is that the plantain weed we are talking about has absolutely nothing to do with the starchy root vegetable we call plantains.

The Plantain weed is extremely useful, from the roots and leaves, and even the spikes, can be used for healing and treating a multitude of illnesses. We named a few above, but Plantain Major and lanceolata also assist in the healing of dog bites, ringworm, epilepsy, and liver issues. Since the 1500s, this weed was used as a cure-all. It can be eaten in many ways; as a salad, cooked in oil as a side dish, raw, ground into flour and used in any dish, and also as an herbal tea, consumed hot or cold. The consensus seems to be that either type of Plantain weed is perfectly safe, whether eaten or made into salves and ointments; and because the Plantain weed can grow just about everywhere, it is considered the driveway weed due to the fact that it often grows out of the cracks of the concrete. Many people consider Plantain weed to be a nuisance because they don’t know its powerful healing affects and so this weed gets killed by chemicals daily.

What we have clearly found to be true is that herbalists, historians, and holistic practitioners all agree that the Plaintain weed, in both of its forms, is a very powerful cure-all, without side-effects, and that everyone should be harvesting this miraculous plant. With its topical uses and its ability to be ingested for all sorts of illnesses combined with its ability to assist in maintaining good health, this common driveway weed should be on your radar from this point forward.